Let The Light In – Yoga Retreat

with Fiona Scicluna at Uluru

Get in Touch
Join us for a mini getaway in the Red Centre of Australia. Spend four nights and five days recharging your yoga spirit in the 5-Star Sails in the Desert Resort, Uluru. Awake with daily yoga and breakfast and spend your days exploring the magnificent beauty of Uluru-KataTjuta National Park.
During your stay, you will explore the Festival of Lights, Sounds of Silence dining experience, try to local bush tucker and take a once in a life-time 12km walk around Uluru. The above accommodation, tours, food and return airport transfers from Ayers Rock airport are all included in the package price below.
Yoga Offerings “Let the Light In” is the theme for the yoga asana and philosophy to be offered on this retreat. We will specifically explore the 4 Attributes that bring peace and light up the heart whilst developing awareness to your own relationship to these attributes. For this level of inquiry, we will use a few select passages from The Yoga Sutra of Patanjali that give insight into how to practice compassion & non-judgement whilst growing your own sense of self love.
Fiona will offer daily asana, lecture, meditation, pranayama and Yoga Nidra practices designed to help us all remember who we truly are and to then how to step into our power. We will have group discussion (Satsang), we will learn the Gayatri Mantra and it’s significance in the yogic tradition and you will leave this retreat experience with clearer vision of how you can serve your community and cultivate peace and stability. 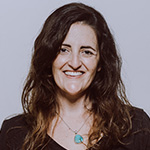 Fiona has always been passionate about the way the body moves and connects, and as a professional dancer it was the physical element of the practice that originally drew her to yoga. Right at the peak of career, her practice became a sanctuary for healing, self-inquiry and transformation. It was her sanctuary in the midst of chaos. After traveling the globe Fiona returned to Australia in 2009. She managed her own business called Livelyhood for 6 years, and became involved with Red Dust Role Models – a health promotion organisation that delivers health living programs to some of Australia’s most remote communities. Fiona began her teacher training with Power Living in 2014 (Duncan Peak and Keenan Crisp) , She has since continued to train with Power Living in Advanced Assisting (Adam Whiting), Sarah Powers in Yin/Yang Yoga and Mindfulness Meditation, Maty Ezraty and is currently studying with Yogarupa Rod Styker. Infused with traditional wisdom and teachings, movement, breath and stillness- Fiona’s classes invite you to create a space to listen, to breathe, to connect and ultimately become masters of our own destiny.