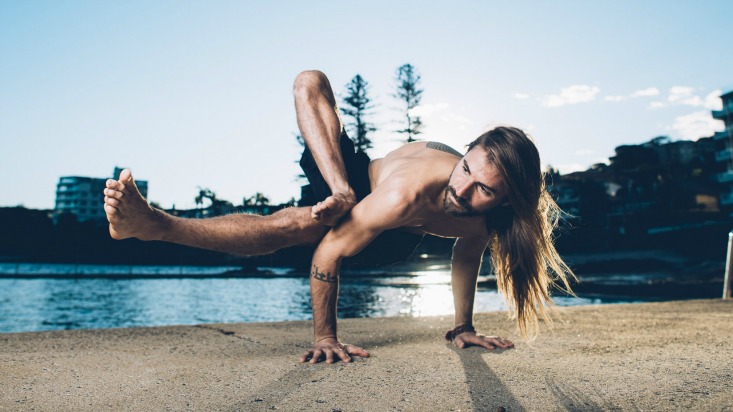 Truth Robinson has been living and breathing Yoga since he discovered it in 2001, always ensuring to live yoga off the mat as well as the practice on the mat. Growing up with a keen Buddhist meditator father, Truth was inspired to undertake his first of many 10-day silent mediation retreats. The stillness he discovered created a conscious shift in all aspects of his life which brought him to yoga a few months later.

A few years of teaching inspired a shift to the healing arts and he completed a degree to become a Doctor of  Traditional Chinese Medicine in 2014. Since graduating, Truth has become a registered and practicing Acupuncturist and Chinese Herbalist.

Truth’s culmination of educations has brought him to become a passionate yin yoga teacher. He completed his yin teacher training with Jo Phee, a foremost student of Paul Grilley and Sarah Powers. Through his extensive Chinese medicine training Truth has developed a unique style of yin yoga theory based on the Huang Di Nei Jing (Yellow Emperors Classic) and his study with Dr. Wang (China) and Dr. Robertson (USA). Truth’s classes leave you feeling energised and inspired to make significant changes mentally and physically in your life.

Through his education, his style has developed to ensure that students receive a physically complete practice developing strength and endurance along with flexibility, and therefore helping individuals to become fit through the practice of Yoga. Whilst also looking deeper into the individual and offering an opportunity to realise the True self through developing inner stillness.

After travelling the world for many years discovering his place in yoga, Truth came home to Power Living, to spread the word, the joy, the love and the heart of yoga.

When you are not extending, bending and sweating what do you like to do?
SALSA!

If you could share a meal and a conversation with anyone dead or alive who would that be?
An honest but clichéd response would be the Buddha but for a good night in Billy Connolly for sure.

What would be your today’s soundtrack for life?
“I believe in a thing called love” by the Darkness.