20 Dec Yoga On A Plane: Best Stretches For Long Flights 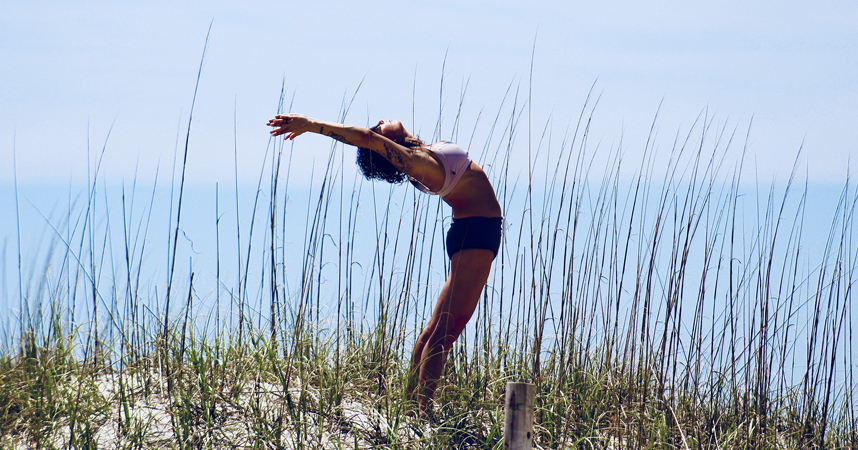 Yoga On A Plane: Best Stretches For Long Flights

Picture the scene: you’re wedged into a cramped economy seat, knees brushing the back of the seat in front. You can feel a dull ache slowly building alongside an early onset of dreaded “dead leg” yet, unbelievably, you’re only two hours into a 12-hour flight. What to do?

With sitting tagged as the “new smoking” it’s likely a tiny economy seat isn’t good for your health. But there is a saviour in sight. Hello, yoga! While you might assume this ancient practice is for the realms of inner-city studios populated by Lululemon-clad hipsters, in fact, yoga can be done pretty much any time, anywhere – even at 35,000 feet. And the health benefits are numerous; from helping to avoid deep vein thrombosis, to curbing anxiety and minimising any potential soreness. More airlines are getting in on the yoga act; Cathay Pacific even released an in-flight video series on yoga and meditation a few months ago.

Whether pre, post or during the flight, whether new to yoga or a pro, we’ve consulted with Duncan Peak, founder of Power Living, Australia’s biggest yoga school, to get his top tips, so anyone can asana in the aisle.

Hit the mat before take-off

To stave off aches and pains during the flight, Duncan suggests hitting the mat before you even think about heading to the airport. “It’s important we move before, as well as during a flight,” he says. “An economy seat means cramped sitting and slumping for the lower back, so it’s important to focus on stretching out the hip flexors (muscles on the front of hip) and to strengthen the lower back muscles before the flight to help counter this. Try to fit in a yoga class the day of, or before, flying.”

Stretches in the aisle

There’s a risk when flying long distance – generally, more than four hours – of blood clots forming, so moving while onboard is essential. “It’s important to get up every two to three hours to help circulation,” Duncan says. “Therefore, if you’re able to get up, make sure to walk the aisle and do a combination of stretches. Straighten the legs as best as you can, pull the belly in, round the back and roll forwards, bend the arms behind the back on each side and hold for a few minutes.”

Even if you can’t bring yourself to make shapes in the aisle, there are some flight-friendly yoga poses that you can easily do from your seat. “Seated twists are a great way to stretch the spine,” says Duncan. “Sit up tall and hold the sides of your seat, twisting to your right or left. Holding for five breaths and then switching sides. Stretch the neck from side to side, interlace fingers and stretch arms up and forward – if space allows. And then get your blood flowing by rolling and flexing the ankles.”

But it’s not just about moving the body, paying attention to the breath can also calm the mind. Deep breathing has been shown to reduce stress and alleviate tension, helping to reduce any stress and ease anxiety. “One of the best things you can do while sitting is big belly breaths and long deep breaths,” Duncan says. “Breath helps the circulation, gets us focused and ready for that holiday or business at the end of the flight.”

Once you’ve passed through customs and are ensconced in your hotel, don’t be tempted to take a nap. To help ground and energise post-flight, Duncan recommends an inversion. “I always like to take an inversion, which could be legs up in the air or a shoulder stand or headstand.”

Written by Paul Ewart for Escape