11 Apr How to Survive a Long Haul Economy Flight 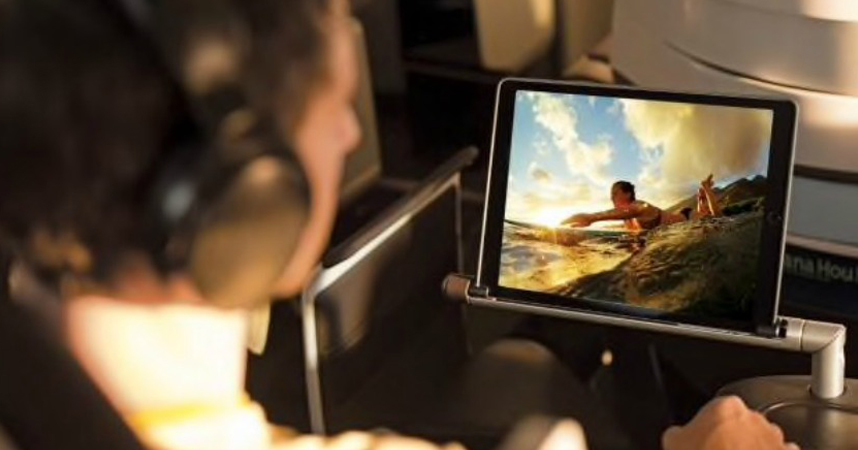 Like it or loathe it, we’re in the middle of an ultra long-haul revolution. With an ever-increasing crop of flights launching that will see us spending upwards of 17 hours in the air, the days of a leg-stretching stopover could soon be numbered.

In the past few months alone we’ve seen a surge in airlines pushing boundaries with very long rides. In January, United pipped rival Qantas to the longest flight from Australia with its non-stop Sydney to Houston route (overtaking Qantas’s 17-hour Dallas to Sydney service by 30 minutes), and added to these record-breakers is an array of connecting routes, including New York from Sydney and Melbourne, all lasting in excess of 20 hours.

And this is only the beginning.

As technology advances, Qantas is already in talks about a plane that can fly more than 20 hours non-stop, with flights from Sydney, Melbourne and Brisbane to London, New York and Paris, projected to be in operation by 2022.

But the latest member of this new wave of ultra-long hauls is Qantas’s Perth to London flight which launches this weekend.

WHAT I LEARNT FLYING ON QANTAS’ NEW DREAMLINER

Making aviation history as the first non-stop flight from Australia to Europe, QF9’s 14,498km, 17-hour journey is the longest flight on the Qantas network and the third-longest passenger flight in the world.

However, amid the celebratory hoo-ha and hyperbole, there’s something missing from the press releases: the fact that 17 hours in an economy seat can suck.

For those of us who don’t have the necessary bank balance to facilitate a left turn to the pointy end – and all of the luxuries it affords including chilled bubbly, award-winning menus, plush doonas, posh amenity kits and of course, coveted flat-beds – then we’ll need to make the best of a bad situation. Because while the comforts of sleeping horizontal and silver service dining can’t be denied, there’s plenty you can do to turn your economy experience from drab to fab – all it takes is a bit of planning and a tonne of creativity.

From what to watch and what to eat, to how to stretch and avoid anxiety – we’ve deferred to 10 high-profile Aussie frequent flyers for their expert tips and tricks.

It’s insider advice that shows how 17 hours in economy doesn’t have to be hell at 35,000 feet.

SNACK LIKE A BOSS – CURTIS STONE, CELEBRITY CHEF AND RESTAURATEUR

Flat bed aside, perhaps the biggest differentiator between the pointy end of the plane and economy is the quality of food. But a bit of preparation can make up for culinary shortcomings, says celebrity chef, Curtis Stone.

“If you manage your expectations, you’re already winning. A top tip is to pre-order the vegetarian meal as they’re always served first. That way you can eat, get your tray cleared and get some shut-eye.

“If you have an aversion to airplane food, pack your favourite sandwich or salad and some snacks to pepper your journey – chocolate is my weakness.”

Speaking of, pairing snacks with the array of blockbuster viewing onboard is a winning combo for the kitchen god. “I rarely get time for the cinema, so I love that you get the newest films on flights,” says the affable foodie. “Tasty snacks and a few movies and I can pretend I’m in a theatre.”

Stressful queues, too-close-for-comfort neighbours and crying babies – achieving some Zen while flying is tough. Luckily Meditation Australia boss David Packman has a few tricks to help achieve some in-air wellbeing. “Some airlines offer in-flight guided meditations,” he says. “But even if nothing is available, there’s certain to be calming music. However, breathing techniques are the best way to restore inner peace. You may find yourself soaring above the clouds in more ways than one.”

The most obvious way to curb boredom on an epic flight is to sit back and catch up on back-to-back episodes of your favourite TV show or work your way through all the blockbusters you’ve missed at the cinema. But out of the epic offering, what should you watch?

“First, if there’s a new movie you positively want to watch on the big screen – say something like Black Panther – cull that from your options as it won’t do it justice,” advises the editor of the country’s biggest film magazine, James Jennings.

“Secondly, try and watch any film that everyone seems to be talking about, thus ensuring you won’t become a social pariah. Thirdly, binge watch a TV series without the guilt – worth checking out onboard Qantas is the thriller series, Mr Robot.”

Staying on top of your water intake is important wherever, but at 40,000 feet it’s even more crucial.

“The average person loses one to two litres of fluid during a long haul,” says Susie Burrell. “Drinking enough fluid supports a number of the body’s systems, influencing our mood and energy levels.” The solution, she says, is simple: drink plenty of water before, during and after your flight and avoid the temptations of the drinks trolley. “Excessive alcohol will only act to further dehydrate you and impact your mood negatively.”

See that guy across from you looking like death warmed up? Make no mistake, after 17 hours in economy you’re likely not a pretty sight yourself. But with the right tools you can DIY yourself pretty, says skincare guru and founder of self-titled cosmetics company, Napoleon Perdis.

“Hydrate, hydrate, hydrate!” he enthuses. “The air on a plane can dry out your skin, so be sure to load up on hydrating skincare products for your flight. Once I’m buckled in, I bring out a face mask. Sheet masks are great, but if you’re worried about scaring your cabin mates, a regular mask will do the trick. Make the most of the hot towels – I place mine over my face to open my pores and it can double as a mask remover.”

A long-haul flight plus an economy seat is a recipe for aches and pains. To ensure you’re as comfortable as possible, measures for curbing cramps and easing ailments should begin before you even reach the airport, says the founder of Australia’s biggest yoga school, Duncan Peak.

“Within 24 hours before the flight, try to fit in a yoga class or some sort of exercise,” he recommends. “Sitting in a cramped position for hours tightens our hips and lower back, so it’s important we move before and during the flight.” Even while seated you can practise modified yoga stretching. “Lift each leg to your chest holding for five seconds, then straighten your legs and bow forward, placing your head on the seat in front,” he says. “Follow this with some spinal, head, neck and shoulder rolls, and then ankle circles every few hours to reduce the possibility of DVT.”

Cut off from everything with nothing to do and nowhere to go – it’s a great time to work your way through a good book. But be picky about your choice of novel, says best-selling British-Australian author Kathy Lette.

“Choosing the wrong book for a long flight means you’re stuck with it, like a bad marriage,” she says. “Which is why I always pack a classic. These books have passed the test of time, making them a perfect literary antidote to long-haul tedium.”

And when it comes to recommendations, top of her list is Vanity Fair by William Makepeace Thackeray. “Thackeray’s savage social satire on the class and sex wars is sharp enough to shave your legs, she says. “Another sure-fire winner is Jane Austen whose acerbic style is more controlled than a pair of Oprah Winfrey’s Spanx pants.” 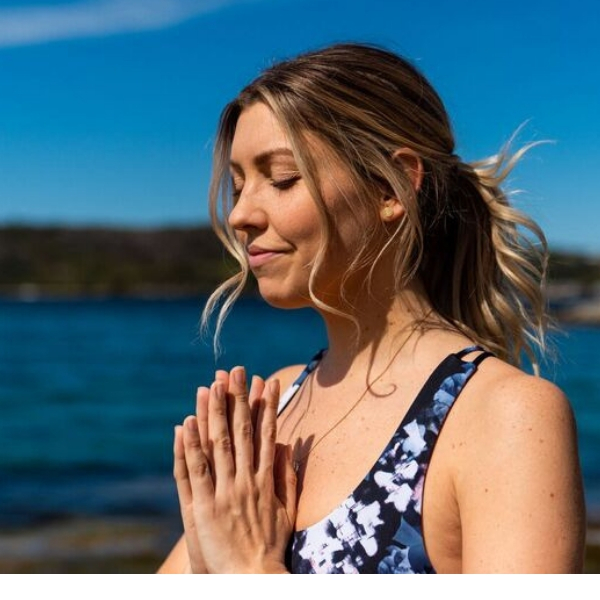 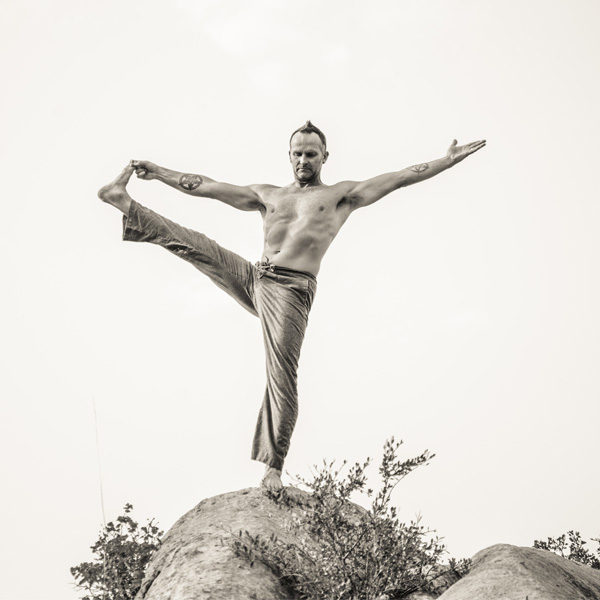 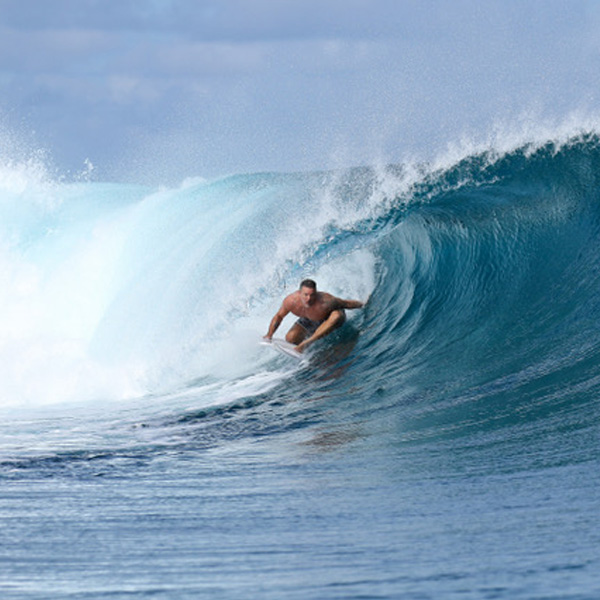